ATAP Backstory: Selecting the first Board of Directors for ATAP 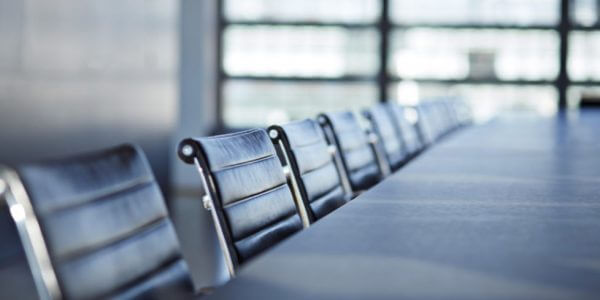 It would have been easy for the cabal…the 50 or so practitioners, consultants, analysts and vendors who have been exhorting each other for the last couple years to stop talking about the need for a new Talent Acquisition Association and just do it- make ourselves the board, launch  the damn organization already. Head down, full speed ahead.

Systematically, we asked ourselves:

We knew that eventually members would vote for the Board. And we needed a board to launch to get members. Chicken and egg. We resolved it by first having all the ‘inner circle’ first recuse themselves from being a board member. We asked for volunteers to self-nominate. I initially protested against self-nomination thinking that some of the best folks in our space might find it too awkward and fewer quality nominations would be had.

I was quickly over-ridden and in, the end, I was wrong. More than 120 top TA Leaders through including more than a dozen outside the U.S. nominated themselves during October and November 2016 and their profiles were simply amazing, their passion clearly focused on giving back and their capacity to lead demonstrated in every corner of their work, their communities and their families.

We had 9 volunteers each willing to interview a slate of 10-15 candidates during December 2016. Of the 120 we could easily have flipped a coin for more than ¾ of the group and been happy with the result. Instead we talked until it was clear that about 30-40 would be finalists we should get to know a little better. We asked them to answer 3 questions about themselves and their view of what an association for Talent Acquisitions should be up to in its first year by doing an asynchronous video through Hirevue (thanks Scot Sessions for stepping up).

Every Tuesday like clockwork we reviewed the candidates and by January 11, 2017 managed to agree on our 7. (Next year by the way when three are up for a vote, it will be the members who now nominate and choose the Board.) We love the differences embedded in this first board and, at the same time know that we’re missing representation from our International peers and colleagues in a couple key sectors like the IT industry, start ups etc. We will adjust within core committees focused on EMEA, APAC and other regions as well as the more arenas where the most pressure for TA success is evident.

It will still take time to see the difference an Association can make for recruiters who care more about seeing talent acquisition as career than a job but if you are among them I would encourage you to join now, play a role in making that difference and down the road being able to say you were then when it began.

Gerry Crispin, SPHR is a life-long student of staffing and co-founder of CareerXroads, a firm devoted to peer-to-peer learning by sharing recruiting practices. An international speaker, author and acknowledged thought leader, Gerry founded a non-profit, Talentboard, with colleagues Elaine Orler and Ed Newman to better define the Candidate Experience, a subject he has been passionate about for 30 years.

Gerry has also co-authored eight books on the evolution of staffing and written more than 100 rticles and whitepapers on similar topics. Gerry’s career in Human Resources spans is also quite broad and includes HR leadership positions at Johnson and Johnson; Associate Partner in a boutique Executive Search firm; Career Services Director at the Stevens Institute of Technology, where he received his Engineering and 2 advanced degrees in Organizational/Industrial Behavior.